With the enormous emphasis on communication these days, people tend to focus on the ability to speak a foreign language fluently, not just read it or write it.  However, speaking a foreign language requires more than its grammatical and semantic rules.  EFL students must also acquire the knowledge of how native speakers use the language in the context of social interactions.   This is especially difficult for EFL students because of the minimal use of the target language and contact with native speakers.    Consequently, EFL students, in general, are relatively poor at spoken English, especially regarding fluency and control of idiomatic expressions. However, in practice, it is too often assumed that learners’ communicative proficiency can be developed simply by assigning students topics to discuss and encouraging them to participate in various speaking tasks. Thus, studies in EFL learning have addressed the necessity of students’ classroom interaction or oral participation in class for the development of communicative competence.   Rubin (1975), who in reporting on the attributes of the good language learner, claims that the good language learner practices and usually takes “advantage of every opportunity to speak in class…” (Robin, 1975:47).

However, getting students to participate in speaking tasks in conversation classes is a problem that most EFL teachers face.  Success in a conversation class may be defined as a setting in which students are able to communicate effectively in English. Therefore, enhancing students’ communicative competence is the ultimate aim of the second-year college conversation class, which is considered as a required course at Saudi colleges and universities for English majors. However, a problem that most EFL students face in conversation classes is putting to use the basic language rules they have learned. Even advanced students who have mastered form and vocabulary can often read and write better than they can speak in a foreign language.  Starting from the data collected from observations, students’ self-evaluation and course evaluation questionnaires, this paper explains the reasons why most college students may not be willing to participate in various speaking tasks in conversation classes. It also explores how college students perceive and assess their English conversation classes and to what and to whom do they attribute their difficulties in improving their English communicative proficiency.

Statement of the Problem

Studies in language learning have addressed the necessity of classroom interaction to the development of students’ communicative competence, however, getting students to respond in an EFL conversation class is a problem that most teachers face. It should be pointed out that in Saudi Arabia, English is learned as a foreign language for at least six years in intermediate and secondary schools. So before their enrollment into colleges and universities, students have basic knowledge of English grammar and vocabulary. Although much effort has been made to improve teaching of English in Saudi Arabia, the traditional grammar-translation method is still widely used by many teachers. This led to the fact that most English majors often find it hard to participate in speaking tasks since oral skills were not given much importance in the classroom. Thus, conversation classes for English majors at many colleges and universities are tough assignments. As a result their Oral English proficiency is far from satisfactory on graduation and the students themselves often voice dissatisfaction or frustration at their own lack of progress in speaking.

The Purpose of the Study

Because previous studies have shown the importance of classroom interaction, this study sought to reinforce these findings. One purpose of the study is to describe college level conversation class in light of the relationship between second-year English majors’ oral proficiency and their participation in class and if there are other factors that may affect classroom oral interaction. Therefore, the initial hypothesis of this study was: students’ communicative proficiency level is the only factor that influences their participation in class.  A second purpose was to evaluate the effectiveness of the implementation of my contribution to this course at girls faculty of Education during the first term of the year 1429-1430 AH and to explore the attitudes and preferences of my students towards the kinds of speaking activities that took place during the twelve weeks of this course. It should be mentioned that teachers believe that the increase in students’ oral classroom participation should contribute to the improvement of their communicative competence and, as a result, they will get higher scores in the final oral test. Thus, a second hypothesis was: the more often the students participate in class, the higher scores they will achieve in the final oral test.

During the first term of the year 1429-1430 AH, I was assigned to be the instructor of second-year English majors conversation class. In such a class, students are expected to participate actively in the various speaking tasks in order to improve their oral proficiency level. But I was surprised by the majority of student’s reluctance to take part in classroom interaction which led to the failure of some of these activities. This problem has influenced the selection of the topic of my research and I decided to investigate the factors that led to my students’ general inhibition to participate in the speaking tasks during conversation classes.

Significance of the Study

Communicative language ability, as one of the productive skills that language learners must develop, has been the focus of language learners and teachers. However, an important fact that needs to be given attention to is that most of the studies on ESL/EFL oral English teaching and learning are conducted in English speaking countries. So, results shown in these studies may not represent and solve some of the problems that are facing EFL students who are learning in non-native situations. The results of this study could well serve as a basis for the improvement of oral student participation in conversation classes where reticence and lack of opportunities to practice English with native speakers outside the class are limiting factors.   Therefore, this study is of significance to the domain of EFL oral English teaching and learning as it extends the knowledge base that currently exists in that field.

Limitations of the Study

Generalization of results from the study was limited by the following conditions:

Assumptions of the Study

The following assumptions were made for the purpose of this study to examine students’ attitudes towards participating in conversation class speaking tasks:

Organization of the Study

Chapter I presents the introduction, statement of the problem, purpose of the study, research questions, significance of the study, limitations of the study, assumptions of the study, and organization of the study. Chapter II provides a review of literature and research related to the background of communicative competence, importance of classroom interaction and the factors that influence EFL learners’ participation in conversation classroom speaking tasks. Chapter III provides an explanation of the methodology and procedures utilized in conducting the study. Chapter IV presents data analysis using SPSS (Statistical Package for Social Sciences). Chapter V contains the summary, conclusions, discussions and recommendations.

If you need help from dissertation writing services, then our uk based dissertation writers are the best option for you. Just send us your details and get the best quality research and writing work at the most affordable prices

difference between efl and esol, efl games for elementary students, efl learners definition, efl students lesson, efl vs esol, what is efl cup, what is efl football, what is efl trophy 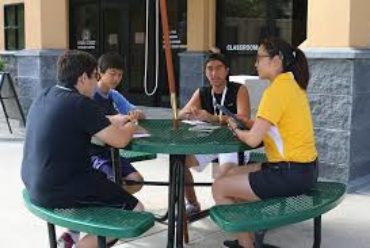